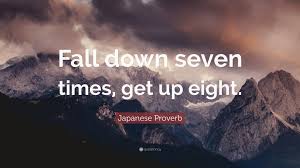 The other night, one of my new lifters lost his balance when performing the first rep of his work set. He had squatted 285lbs on Saturday for three sets of five, and simply added 5 pounds to his squat the next session. He started his Novice Linear Progression at the end of February of this year, with a starting squat weight of 45lbs. Four and a half months later, he is now at 290lbs and far from done with his NLP.

His warm ups went just fine. He always takes his time and is very methodical about his set up. As he stepped out of the rack for his first work set, he seemed ready. He got tight, started his descent, hit the bottom, started to come up, shifted his weight forward on to his toes……and dumped the bar. His mind started to race, he told me later. He said that he started to come up, but his calf seized up on him, then he shifted his weight on to his toes….and down he went. All of a sudden, he was under the bar, on the spotter arms.

“Are you okay?” Diego asked. “Fine,” our lifter replied. I could tell he was a little shaken but otherwise, he looked to be okay. He stripped the bar of the plates, put the bar back on the rack, loaded it with 225 and sat down. A few minutes later, I walked over to him. “Are you going to try again?” I asked. “Yes, I am going to work back up,” he replied. “Good,” I said. “Just do a single here and a single at the last warm up weight and then go back to 290.” He nodded.

After about five minutes, he proceeded to squat 225 for a single and then 275 for a single. He put 290 back on the bar, stood in front of it, hands on the bar for a good solid minute before getting under it. Diego and I both watched.

He got tight and went into his first rep. It was a little high but other than that, a solid rep. “Lower!” Diego barked. He got tight again and went into the next rep. As the set went on, we could tell it was definitely time for a belt. He was getting tight but squatting high. Diego looked at me and pointed to his head. “He’s in his head,” he mouthed to me from across the room. I nodded yes. And I am sure he was. The high reps were definitely also due to his lack of confidence in himself, because of that first failed rep of the first set. He finished the set and racked the bar. I told him everything looked good but he just needed to go lower. I also told him we would probably start him with a belt next training session. He nodded and took a good, long rest. The second set was just as solid as the first, but again, the reps were just a hair too high. After this set, I told him that was plenty for today and that we would repeat the weight with the belt next time. He still had to press and deadlift. He nodded again, took the weight off and proceeded to warm up for his press. He easily pressed 132.5 for sets of five and then wrapped up his session with some light volume deadlifts.

I was sitting at my desk later that evening after we had closed for the night when my lifter came out of the bathroom and sat down in front of my desk to put his shoes on.

“My squat needs help,” he said.

“No it doesn’t,” I said. “You did great, just a little high. Don’t worry, the belt will help with that.”

“But I failed that first rep,” he said. “That really shook me. I don’t know what happened. It was really scary.”

I looked at him and said,”You did fantastic. All you did was lose your balance. That happens sometimes…it’s happened to all of us. What I am really impressed with is that you got back under that bar with 290, and proceeded to squat two sets of five after that failed first rep. Someone else would have just called it a night and not squatted again. YOU got back under that bar. That took a lot of guts.”

He looked at me and said, “That was really hard to do. I was really in my head.”

“Of course you were,” I replied. “It can be a very scary thing to dump the bar, but shit happens sometimes. The most important thing is that you did not give up. You got back under and proceeded to squat that weight again. And honestly, if you had told me you were done with the squat after that, I would not have pushed you. It was a fluke but it did shake you up. I know when to push people and I know when to back off. But you took it upon yourself to get back under the bar and try again. That was awesome.”

He smiled. After a few other brief words of encouragement, he gathered his belongings and stood up.

“Thank you for the pep talk,” he said. “That was really helpful.”

As he started to walk away, he turned back to me and said, “I ordered my belt yesterday so it should be here in 3-4 weeks. See you Thursday!”

“See you Thursday,” I said, smiling.

As I drove home that night, I thought about our conversation and how much of this work is so mentally exhausting at times. We are not just strengthening our bodies when we squat, press, bench and deadlift, but we are also strengthening our minds and steeling our emotions. We are choosing to get under a heavy weight and trust that our bodies will follow along. We are choosing to push ourselves to the limit at times. We are choosing to embrace something that many people would never choose to do because it is different and scary and, well, hard. Getting stronger isn’t easy. It takes time and patience, energy, consistency and a strong will.

This talk with my lifter reminded me of why I train and why I love coaching. His fail that night reminded me of a quote that was on the wall in my dance teacher’s office in high school. It was a Japanese proverb: “Fall down seven times, get up eight.” I love this quote and thought about it every time I rehearsed or performed with my dance companies. Whatever happened, I never gave up. The other night, when faced with the task of giving up or getting back under the bar, my lifter decided to not give up. He got back under his bar, and he squatted. He faced his fear, and he succeeded.

Most importantly, he will be back on Thursday, ready to do it all over again.

emilyStrength Will Always Come From Within07.24.2019