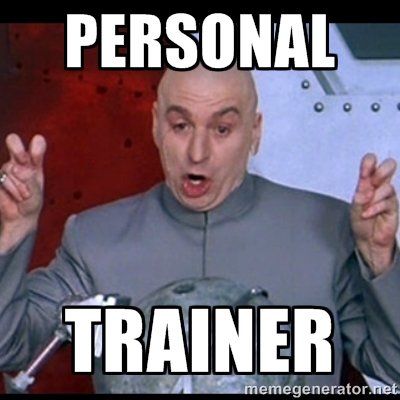 “If you are going to be an effective consumer of Personal Training, you have to understand these things. If you hire a coach based on the coach’s physical appearance, or even on the coach’s physical ability, you are quite often hiring the coach’s genetics, not the coach’s knowledge, experience, or coaching ability. You are not a genetic freak. You would know if you were, and you wouldn’t be hiring a Personal Trainer. You need the best help you can get. This will usually be provided by someone who has had the same problems to solve as you have now.” Mark Rippetoe, “How Do You Hire a Trainer?“

Mark wrote an article about two years ago entitled “How Do You Hire a Trainer?” It’s a great article. You can read it here.

When I read it, my first reaction was “YES! That’s me! I am that coach. I have had to work for everything in my life. Dance. Strength. Math. The struggle was real with me. And shame on those people who hire trainers just  because they are hot or muscular or thin. Ha!”

Then, a few days later,  I was talking to one of my members about the article, and I made a confession.

“I hired a trainer once in the summer of 2008 because I liked how she looked. She did body building. And……I wanted to look like her.” 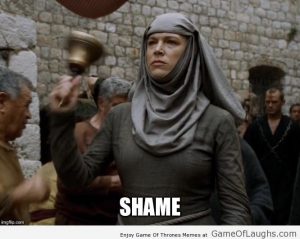 However, I learned my lesson. Fast. She was a mess. She missed appointments or arrived late to our sessions. One time, I drove 45 minutes to a different gym to meet her for a session, (part of a chain, different location), only to be told after waiting for 30 minutes that she had overslept and forgot that we had an appointment.

I worked with her for just one month. Her workouts were worthless.  We did a variety of single leg exercises with 5lb dumbbells and tricep extensions on the stability ball. If it was in Oxygen magazine, I did it. Devoid of any thought. Devoid of anything “strength” related. But what did I expect?? I had hired her for her looks, NOT her coaching. I wanted to look like her, and I picked her over the other trainers who did not fit what “fit” looked like to me.

Although her workouts were bullshit, I did walk away with something from our one month relationship. She was the first person whom I actually listened to when she told me that I needed to eat MORE. I was flabbergasted when she told me that I did not eat enough.”But I eat all the time!” I wailed. “Don’t see it,” she said as she flipped through my food log. “Where is the protein? Where are your carbs? Hello? Vegetables??” She wrote me a body builder’s diet plan: Eggs and oatmeal for breakfast, chicken and broccoli and rice for lunch, salmon for dinner and of course, almonds.  I posted her plan on my refrigerator and followed it to a “T” for a month.  And just like that, BOOM! I learned how to eat. I was finally eating breakfast. I was finally eating a real lunch. I was finally EATING. And in one month, while I only lost about 5 pounds, I did go from 27% body fat to around 23%, and I lost inches on my bust, waist and hips. I was ecstatic. It worked! I was thin!  And at the time, THIS was my only goal. To be smaller. To be thinner. To take up less space, not more. And now, I was thin again. Life was good, right? 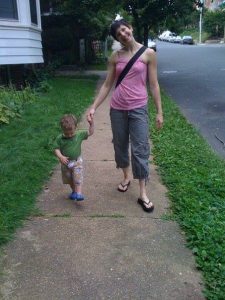 Unfortunately, a year later, in 2009, my back started bothering me again. Teaching and performing was becoming more and more difficult, and I was in pain almost every day.  I kept losing weight, but this time, not on purpose, It was simply just too hard to eat sometimes because of the pain. By May of 2010, I was down to around 129lbs on my 5′ 7″ frame. I was no longer happy with my thin body because now I was in agonizing pain. I knew I finally had to take matters into my own hands. I decided that now my goal was not to be skinny. Now my goal was to be stronger.

Talk about a 180 degree turn. For years, I had spent so much time trying to be smaller and thinner and then all of a sudden, I found myself doing the exact opposite. Deciding to get stronger meant eating more food. It meant strength training with a barbell. And it meant taking a good, hard look at myself in the mirror and be honest with what I saw. It took a long time to gain the weight I had purposefully tried to lose. It took a really long time to build muscle. And I am still not done. From the summer of 2010 to the spring of 2014, I went from 129lbs to 150lbs. And since 2014, I have fluctuated between 150 and 155lbs. After almost 9 years of lifting 3 – 4 days a week, eating, sleeping, lifting, eating, sleeping, lifting,  I am now 25lbs heavier than I was in 2010 and so, so much happier and stronger. But it did not happen in a year. And it did not happen in two years. It has taken me 9 years to get to where I am strong, healthy and confident in my body and mind.

Unlike like me, the women who train at my gym did not hire me as a coach because of how I looked. They hired me because they wanted to get stronger and I sell myself on the fact that I can help them get stronger. I know how difficult it is to build strength and gain muscle, and I also understand their frustrations and fears of gaining weight, of eating and of adding weight to the bar. And to be honest, I will not say that seeing my weight go up was easy. I had to mentally talk myself through some months, but at 44 years old, I am more aware and more accepting of myself than I ever was at 34 or 24. As a strength coach, I have been in my client’s shoes on many, many, occasions. And I can relate to them on a different level than someone who has always been “thin” or always been “strong.” I struggled with my body image for over 30 years. It never goes “away.” However, I know so much more now than I did 9 years ago.  And this helps me educate my female clients better.

As Rip says in his article,

“This means that the best coaches in the Personal Training industry are quite likely not the finest examples of optimum human aesthetics standing in the front of the gym waiting on a poorly informed client to wander in the door. They may well be people that look like healthy versions of you, who can point to a list of people like you that they have helped grow into much better versions of themselves.”

No matter the reasons for strength training, the women who train with me know that getting stronger will help them feel better, help them move better and it will almost certainly help them become the person they want to be, a healthier, stronger version of themselves.

emilyThink twice before signing your name on the dotted line: Trainer or Coach?10.16.2019