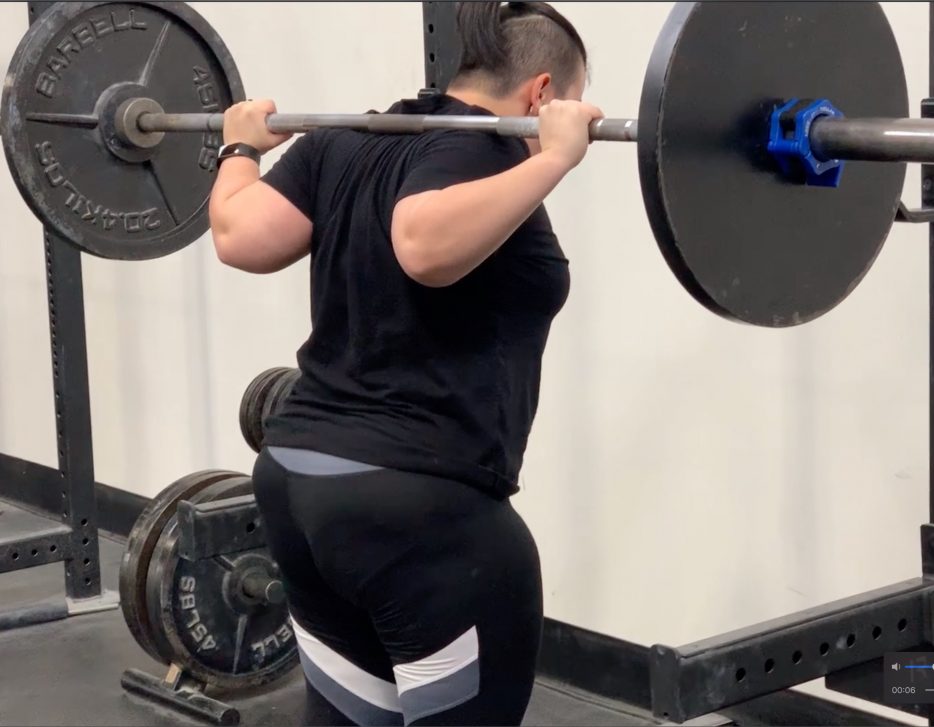 Juliana joined us in September of 2018. She started training twice a week, as that was all her schedule would allow at the time. And she stuck with it as best she could. However, in December of 2018, she got pretty sick (it was that time of year for a lot of our members!!) and her strength gains took a back seat. When the holidays were over and she was recovered, she started back to training the beginning of January. And that’s when things really took off! Her schedule opened up and she was now able to train 3x a week which really helped her make tremendous strength gains. She started back with a 135lb squat (she had made it to 150 before she got sick) and by the middle of March, she was up to 215lbs for reps, having successfully added 80 pounds to her squat in two and half months, five pounds at a time. Her bench soared from 85lbs to 130lbs and her press moved from 65lbs to 90lbs. How did she accomplish this? She SHOWED UP AND PUT IN THE HARD WORK. That’s how anyone makes progress. You just show up.

Juliana is a vegan and over the past few months, we have made small adjustments to her eating so she is getting enough protein to help her make some body composition changes and continue to help her make steady gains in the gym. She is not as fatigued as she once was and her energy levels are much higher than before the adjustments. Her goal is to be healthier and stronger, mentally and physically.

I will let her tell you her story in her own words: