“The program works, especially when executed exactly as written in the books, SS:BBT3 and PPST3. I know this because I have used it for many years with our members, and every single one of them who does it according to the instructions gets big and strong over a 6-month period. All of our Starting Strength Coaches who apply it to closely-supervised personal training clients report the same thing – without exception. Quite simply, it works every single time it’s actually used, because it is based on basic biology and simple arithmetic…..done verbatim, your squat goes from 115x5x3 to 315x5x3 in 4 months, along with comparable gains in the other lifts..” Mark Rippetoe, “Why Will You Not Do The Program?”

About six months ago, I received the following email from a potential client:

The rest, as they say, is history. Jesse came by to visit the gym the end of September (although he had actually already sold himself on the program before he even walked through the door, he admitted later). He was an easy sell. 😉 He started working with Jay the beginning of October. His first session, he squatted 185lbs for sets of five. He pressed and he deadlifted. Second session, he squatted 195lbs for sets of five. He benched. He deadlifted. Eventually, we taught him the power clean which he was good at so we kept it in his program, alternating it with the deadlift. When he finished his initial 10 sessions with Jay, he joined our group training program. Three times a week, M/W/F, Jesse showed up, squatted, pressed, deadlifted, squatted, benched and power cleaned. By the end of January, we gave him a light squat day in the middle of his training week, adding 10 pounds a week to his squat instead of 15. Early February, we decided to start having him tackle chin ups….not an easy exercise for a 230+ guy. But he was determined. And he is working on them. In March, we added some smart conditioning to his program. Sandbag pulls, carries, swings….nothing that will interfere too much with his strength program.

On Friday, March 18, about six months into his linear progression, Jesse squatted 405lbs for a set of five. From 185lbs in October to 405 in March. Not too shabby.

Jesse is a good example of someone who is “doing the program.” And by “doing the program,” I mean showing up, adding weight to his bar, doing his fahves and recovering well between each session. Nutrition wise, he is NOT doing GOMAD. He doesn’t need to. He’s 32 years old, 230+ at 5′ 8″ or so. He doesn’t need excess calories. He just needs to lift.  Jesse is built to squat. He is built to lift heavy things. And he lifts them well. He is going to be a father in about one month so he needs to focus NOW before his sleep becomes an issue. 😉  Jesse came to us looking to get stronger. He was doing “a program” at his local gym but his progress was slow and he felt like he was just spinning his wheels. His wife came by one day with him to check us out and watch him lift and was astounded by the difference in how well he moved and how much stronger he was. Amazing what consistency and coaching will do to someone.

Jesse isn’t a freak of nature. He struggles with his press a bit although something has clicked and he’s putting up good weight over his head these days. His bench is around 220lbs right now and his deadlift is close to 400bs. But he can squat….and squat well. This is by far, his best lift. He’s built for it, and he likes it. He does it well. And he trains three days a week, each week. There have been a total of two weeks when he has not trained, both of those weeks due to his second job as a video game renter. He had to travel those weeks for work. Other than those two weeks, we can always expect to see him at the gym three days, around the same time, yelling “Light weight, baby!”

This is what happens when someone who is not an athlete and never has been one, but is consistent with his training and patient with his lifts, is put on a novice linear strength progression. This is what happens when that someone actually follows the program AND listens to his coaches: His squat goes from 185 to 405 in under six months.  Nice work, Jesse. Light weight.

“Do it exactly as written. Do not add your helpful WODs, curls, and running. Do it without deviation for a minimum of 6 months. It’s only 6 months. You have 6 months to improve every aspect of your physical existence, right? Just try it. Just this one time. See what happens.”

Mark Rippetoe, “Why Will You Not Do the Program?” 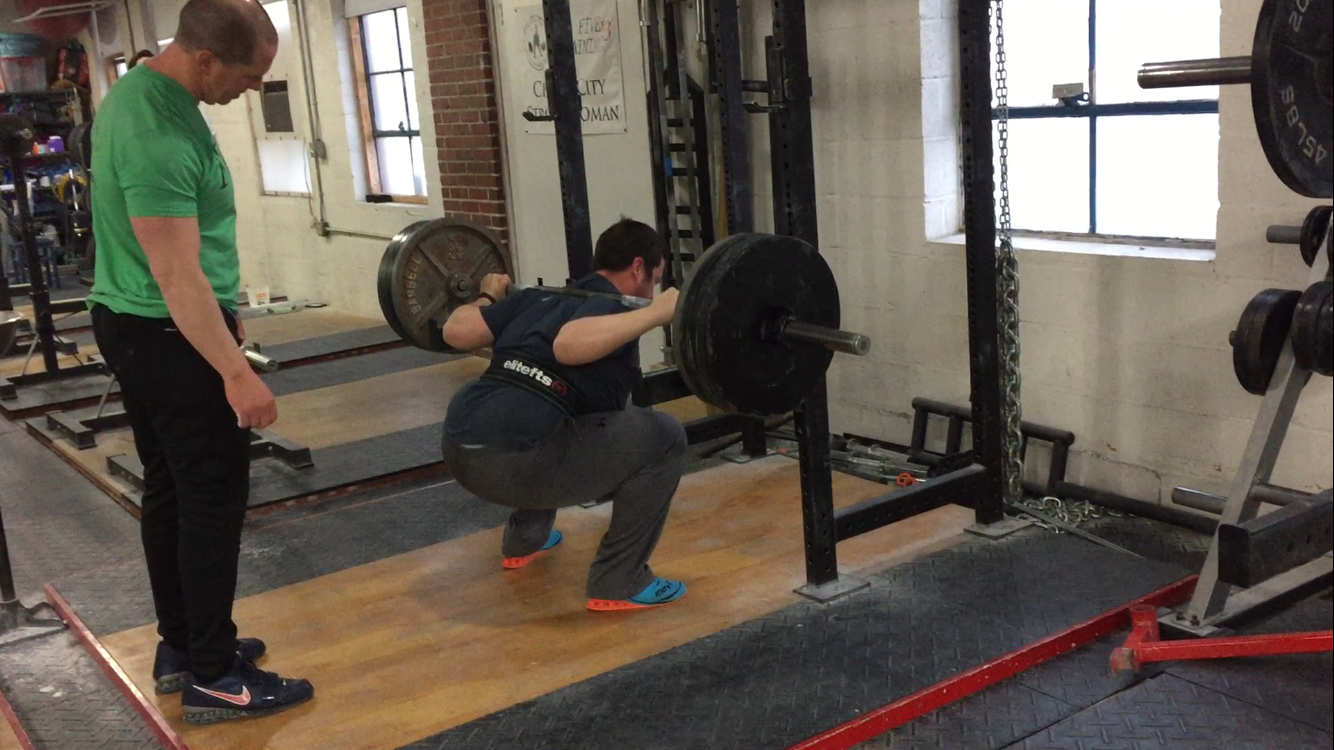 One Comment on “““Doing The Program” – Client profile of the Month: Meet Jesse””